Piano Drowning is one of three scores from Annea Lockwood’s ‘Piano Transplants’ series, in which pianos are placed in specific locations that would somehow alter their physical states. Removing the piano from the concert hall and living room, bringing the instruments into direct contact with the forces of nature, she allows the pianos to be played by the environment in which they are situated. In this occurrence, the pond at Plas Bodfa.

For the installation’s opening, Soundlands presented a new piano work specially commissioned for Piano Drowning at Plas Bodfa. The work is composed by Ynyr Pritchard and performed on the partially submerged piano by the composer and Xenia Pestova Bennett.

The composition will be attempted on the piano at Plas Bodfa every year in appreciation of Annea Lockwood and as a catalyst for new artistic activity.

Annea Lockwood’s Piano Transplants (1968-72) are compositions in which pianos beyond repair were burned, drowned, and planted. These iconic works became a testament to Lockwood’s focus on elemental and natural sound sources and interdisciplinary interventions, where the piano becomes played by its environmental and contextual circumstance. The presentations are celebrations of the reconfiguration of material, the transformation of objects, and the resulting multi-sensory performance that ensues.

In 2013, Annea Lockwood staged two works for Soundlands in Wales: Piano Burning in Bangor and Piano Garden in Gwydir Forest. With Soundlands’ Piano Drowning at Plas Bodfa in 2021, the first since the Texas original in 1972, Wales is unique in having re-staged all three of the Piano Transplant series.

The commissioned score was played on the drowned piano by the composer Ynyr Pritchard and pianist Xenia Pestova Bennett. Piano Drowning and the performance was filmed, and witnessed by a limited audience.

The film premieres on 13th October as part of ISSUE Project Room’s 2021 Benefit for Annea Lockwood, together with films of the new iterations of Piano Burning (by Lawrence English in Brisbane) and Piano Garden (Caramoor Center for Music and Arts, New York).

The broadcast will also be screened live at Ucheldre Centre, Holyhead, and Pontio, Bangor.

‘Piano Drowning’ was first realised in 1972 in Amarillo, Texas, USA

The original score is as follows:

Note: All pianos used should already be beyond repair. 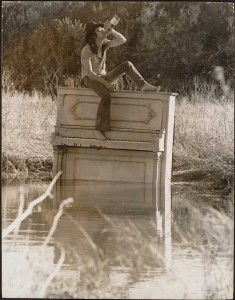 The new score for four hands in five movements was first performed on 15th September 2021 by Ynyr Pritchard and Xenia Prestova Bennett.

In collaboration with two artist networks Disability Arts Cymru and CARN, four artists were invited to witness the filming of the very first performance on the drowned piano. Actively responding to the sights, sounds and surrounds, they sketched, wrote & verbally reported.

You can listen to some of their thoughts here [coming soon]. 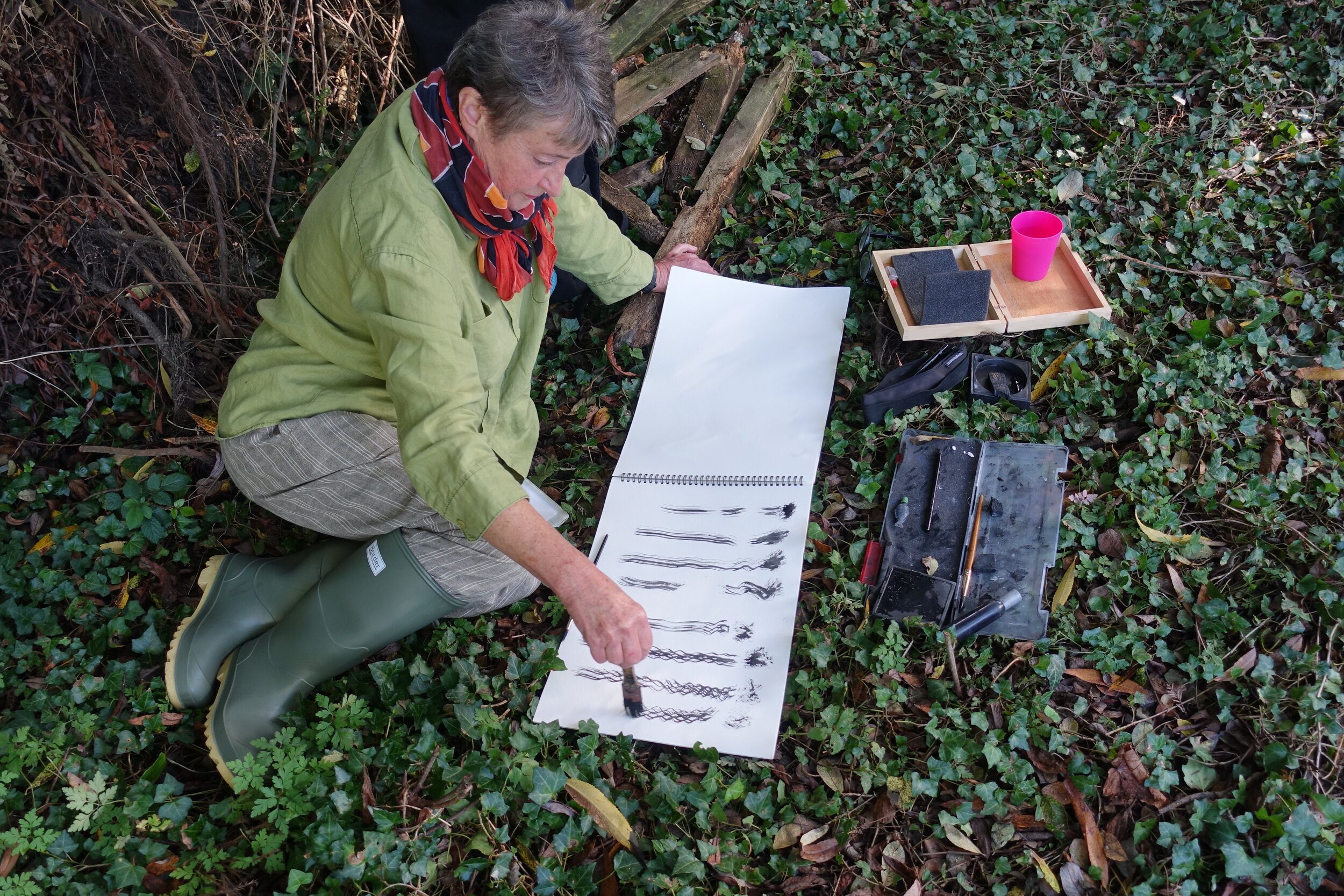 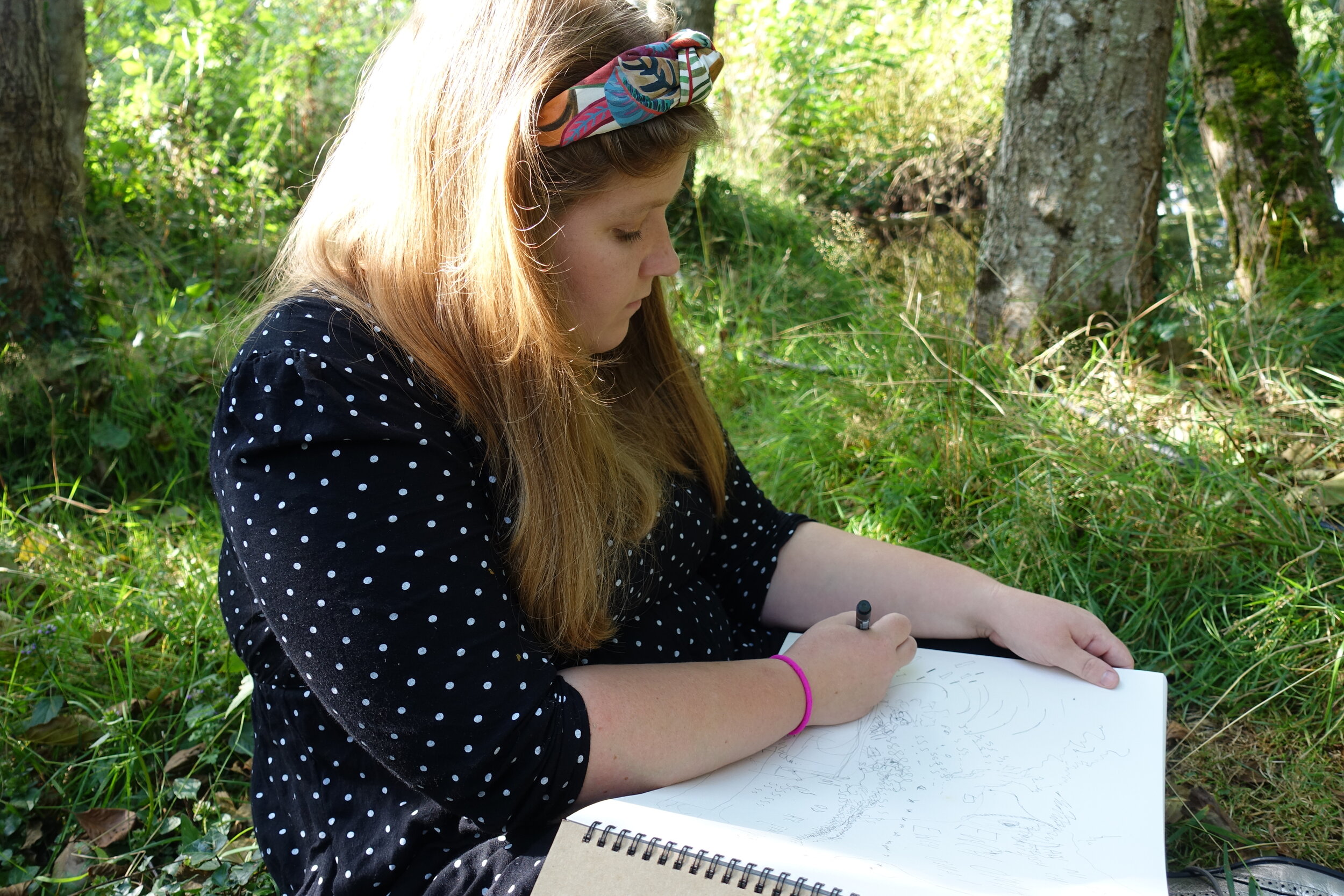 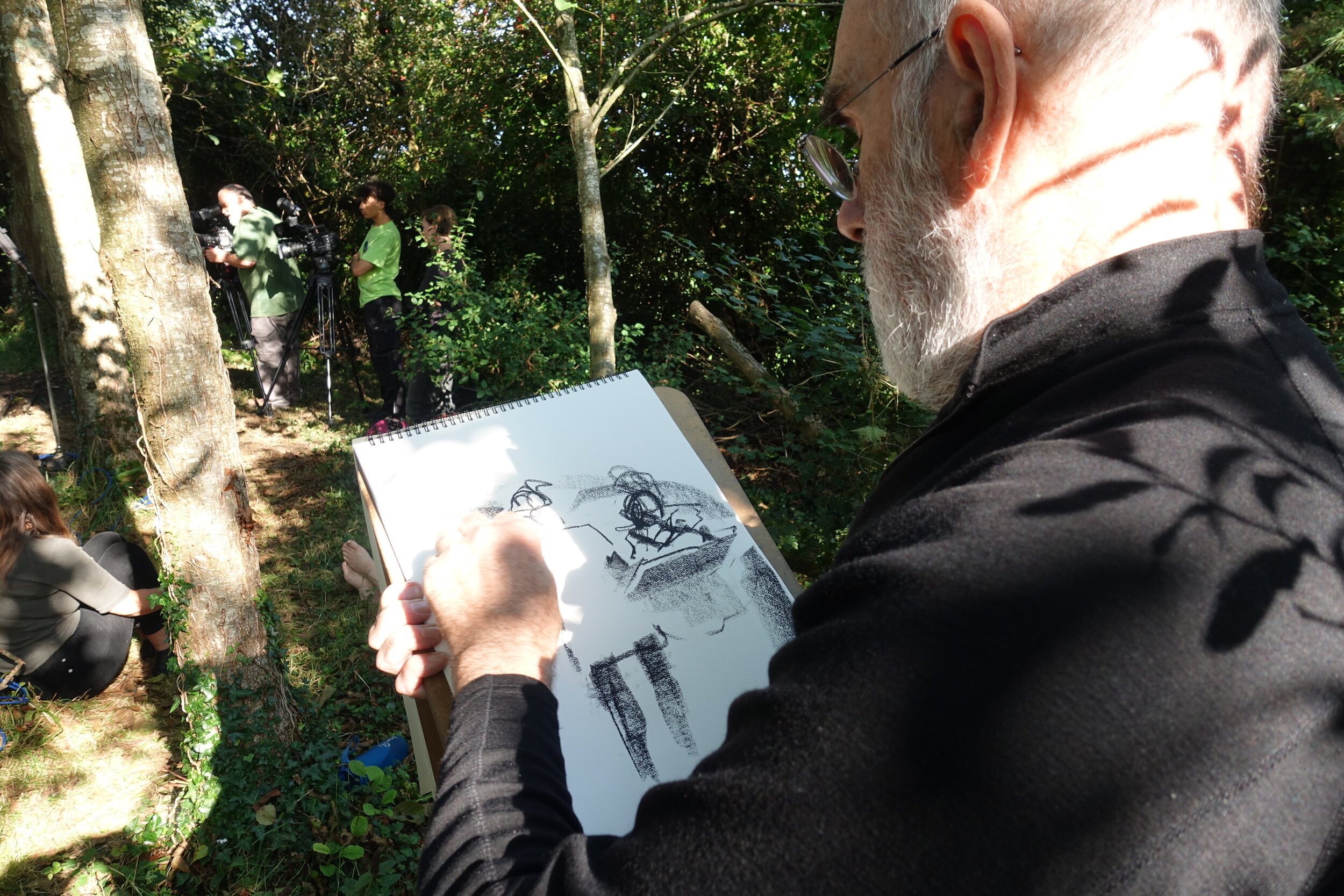 Annea Lockwood is a New Zealand born composer now settled in the USA. During the 1960s she collaborated with sound poets, choreographers and visual artists, and created a number of works such as the Glass Concerts which initiated her lifelong fascination with timbre and new sound sources.

In 1968, and in synchronous homage to Christian Barnard’s pioneering heart transplants, Lockwood began a series of Piano Transplants in which defunct pianos were burned, drowned and planted in an English garden.

She has since created numerous performance works focused on environmental sounds and life-narratives.

Many of her compositions include recordings of natural ‘found sounds’ and can be heard on labels such as Lovely, Harmonia Mundi and Ambitus.

Ynyr Pritchard is an award-winning Welsh-Maltese musician and composer. Only 19 years old, he has already played with several national youth orchestras and ensembles, made numerous appearances at the BBC Proms, Urdd and National Eisteddfodau, and music festivals.

Ynyr studied viola first through the Canolfan Gerdd William Mathias and at the Junior Royal Northern College of Music in Manchester. He took private composition classes with Jeffrey Lewis before also continuing his lessons in composition at the JRNCM with Matthew Sergeant, Larry Goves, Mark Dyer and Joshua Brown.

Xenia Pestova Bennett is an innovative performer and educator. Much lauded in the international press, she has earned a reputation as a leading interpreter of uncompromising repertoire alongside masterpieces from the past. Her commitment to promoting music by living composers inspired her to commission dozens of new works and collaborate with major innovators in contemporary music.

Her numerous and widely acclaimed recordings include piano works by John Cage and Karlheinz Stockhausen with Pascal Meyer and her own compositions. Her full-length album “Atomic Legacies” features Ligeti Quartet and the Magnetic Resonator Piano.

Xenia has been Head of Performance at Bangor University, and now lectures in music at the University of Nottingham.

Xenia’s previous collaboration with Soundlands includes a realisation of Annea Lockwood’s “Piano Burning” in the presence of the composer in 2013.

This installation of Annea Lockwood’s Piano Drowning is presented by Soundlands in collaboration with ISSUE Project Room, which honours the artist in 2021 with a global staging of Piano Transplants. Supported by the Arts Council of Wales.